There are several major highways, bridges, and roadways to get you through nova scotia. With a land area covering 53,338 km2, you can quickly get overwhelmed and lost in this maze. The trick is to remember that off-roading or shortcuts, wouldn’t be wise for visitors. Sticking to the major highways of, 101, 102, 103, 104, 105, and 107 will navigate you to any major town or city in the whole province.

Definitely consider planning ahead. Have a destination in mind, then plot the best route to that spot. Trust us, there will be more than enough open air and wilderness between your starting and ending points. In the south half of the province, there may be more than one way to get to your destination. In the north half of the province, you are probably using only one highway. If your plan is to transition to other provinces, then the route you choose can seriously impact your ability to catch that ferry.

Many tourists come to Nova Scotia by boat. Even with the closure of some ferry options like the one in Yarmouth, there are still several options remaining. With over 1,500 vessel arrivals a year, the Port of Halifax brings in many visitors including tourists from the many visiting Cruise Ships.

If you are heading to Newfoundland, chances are you are flying or you will be taking the local ferry. So take the 105 north till it ends and you will run right into the harbor. Leaving from the Marine Atlanic Newfound Land Ferry,  in North Sydney,  Cape Breton, the ferry takes 17 hours and drops you off at Argentia, on the south shore of the island. From here you can make your way to St. John’s the Capital or anywhere else on the island.

For those on the south shore of Nova Scotia, and heading towards New Brunswick, a ferry ride could reduce you drive by several hours. The Digby ferry on the french shore, offers a ferry service direct to Saint Johns, NB. 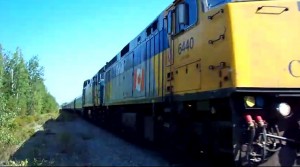 Halifax has long been a trans-shipment point for goods moving through the maritime provinces, since the mid 19th century. As part of that conveyor belt, there are still well used railway lines in the province. In fact, you as a passenger, can take a TriRail train into Halifax. It stops in Truro, the “hub”  giving you another option when travelling along Nova Scotia.. Truro’s strategic geographic position in the province, makes it visited by everyone, a large part of this is attributed to  the railroad and the history of it.  Making Truro, a natural distribution centre for nova scotia. Today especially, with all major highways interscting thorugh Truro, it really is the hub of Nova Scotia.

There are actually a few Airports, Water Aerodromes, and Heliports throughout the province. Some are owned and run by the millitary, like the base in CFB Greenwood and Shearwater Airport. The major public airports include  the Halifax Airport and the Yarmouth International Airport. Now with two runways, that airport in yarmouth can handle small commercial flights or the private jet of your favorite star.

Taxis, Bus, and other Services

There are several bus services that you can utlize to navigate the province. In the HRM, where 40% of the population lives, there is a bus service. Some Companies only operate within the province while others will take you to New Brunswick and other provinces.

Most towns around Nova Scotia have local taxi services. There is no local culture of flagging a taxi anywhere in Nova Scotia. Seeing someone do this is a stroke of luck. You will have much better results, by calling up a local taxi service. Be sure to check for their decals and identification. A clear taxi sign on the roof of the vehicle is required by law.

When it comes to getting around nova scotia, comfortably, conveniently and budget friendly, nova scotia offers quiet a few of local shuttle bus services, that cover the main destinations, throughout the HRM,  South Shore and west nova scotia covering ,  Liverpool, Barrington Passage,Shelburne and Yarmouth. Now more than ever, with the ever increasing gas prices, many folks are considering alternative, economical  ways to get around nova scotia  instead of fueling up again at the pumps. If you are looking for a shuttle service in nova scotia you might want to consider Campbells Shuttle Service, Cloud 9, Green Rider, Acadian Lines or Via Rail. These services also offer cost friendly fees, at approximately seventy dollars, for a one way trip from the HRM to the southshore.

For those folks travelling highways 104 and 105 from the HRM area, and wanting a convenient, dependable, budget friendly and comfortable seating. There are many shuttle services are available, that offer local pickup spot or pick  up, at your door. You may want to consider Cape Breton Shuttle Service, Scotia Shuttle or the Flying Scotsman Shuttle Service, with an average cost of a one person, one way is sixty five dollars, which considering the price of gas, is an economical option.

Conclusion on Transit in Nova Scotia

This province has several options to offer in terms of transit. Whether Nova Scotia is your final destination, or simply a stop on your way to other provinces, you will encounter some great scenery. With boating, fishing, hiking, and other options, there is definitely a lot to tempt someone to stay here. Whatever route you plan to take, always consider planning ahead. Chances are, when you start heading for that transit option, you will encounter some of the 900,000+ locals as well as other tourists lining up.